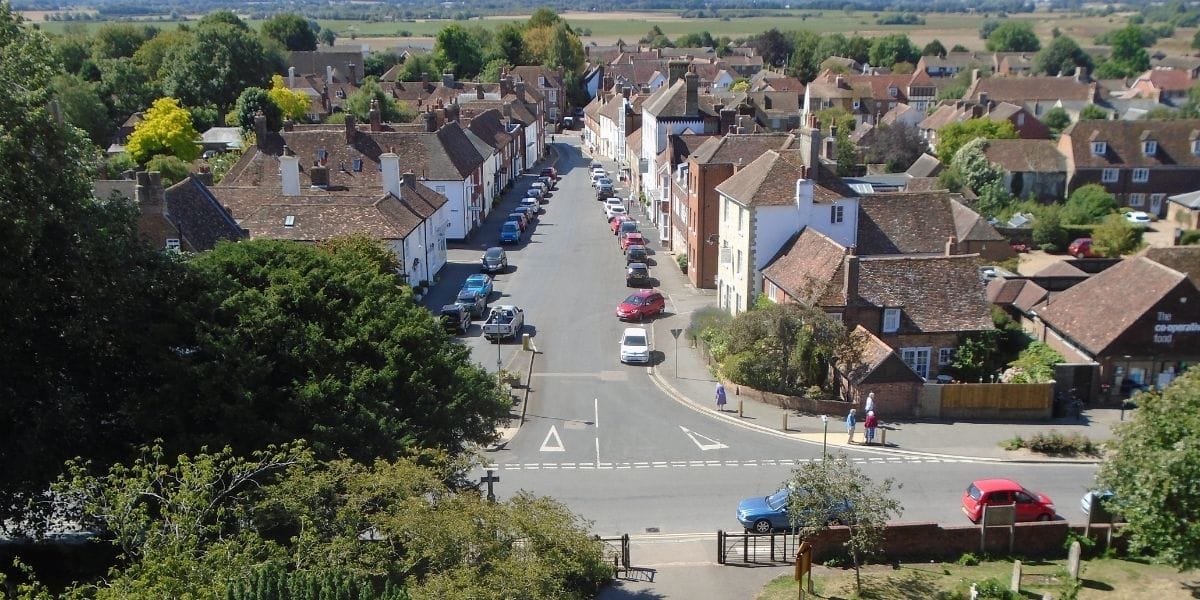 Wye Heritage was born in 2009 following the closure of Wye College. Rather unusually for a rural Kent village, Wye has been a centre of learning since 1447 and since 1894 home to the agriculture and horticulture college of the University of London.

However, in 2009 Wye College was closed forever by Imperial College London, the then owners, only nine years after it merged with Imperial.  Clearly, Imperial, who had a duty of care to the college it had been gifted, saw greater rewards in its development for housing than as a centre of academic excellence and research.

A legacy that found its expression one night in late June that year. As the college closed its gates for the very last time, 750 college alumni gathered in Wye to say goodbye at the ‘End of an Era’ ball.

But as the celebration subsided the next morning we woke with an acute sense of loss and anger. Our beloved College, where we had been students and members of staff, and which had been at the heart of this wonderful village, we have called home three times in our lives, was gone.

This was a bad enough tragedy, what was unbearable was the idea that across the world the impact of the college of agriculture, horticulture and the environment, not to mention its role in the village and the culture and economy of Kent, would be forgotten.

There and then the idea of creating Wye Heritage was born.

Our first priority was to enlist those from Wye’s past and present, so that as the college was mothballed, as much of its history as possible could be collected and preserved.

Amongst the first supporters of the cause was long serving college lecturer and historian, Donald Sykes who gave us his extensive personal archive. The collection had begun.

Shortly afterwards historian and the President of the Wye Historical Society and Kent Archaeological Society, Ian Coulson; and networker, Don Thake joined us to form a steering committee, meeting initially around our kitchen table. Together, we made collecting archive material, building a membership base and finding a permanent home for Wye Heritage, our priorities.

It was retired soil scientist, local historian and writer Paul Burnham who suggested that we should try and lease the Latin School as the centre for Wye Heritage.

Built nearly 600 years ago the Latin School is part of the original medieval buildings for the College of St Gregory and St Martin, established in 1447 to train secular priests. Using the Latin School had crossed our minds but we had written the idea off assuming that Imperial College would never agree to its use. We couldn’t have been more wrong and in 2011 they agreed to our using the building to house the archives we were starting to amass, particularly from college alumni and former staff.

In fact, the only parts of the gifted collection that couldn’t possibly fit into the new centre were a pair of grand pianos, one a Bechstein that had graced the Old Hall. Both are now on loan to Wye School and are in daily use once more.

A new home meant we could host a formal launch for Wye Heritage and start to expand our initial membership of 34 pioneers as well as attract our first two corporate members, the Wye Historical Society and the Wye College Agricola Club – the Wye College alumni association.

One of our greatest successes in those early years was being a part of the recovery of the seven Jacobean statues, six of which had looked down from the gallery of the Old Hall, since the early 1950’s.

In June 2011, quite out of the blue, we received a phone call from one of our staunch supporters who had been tipped off by a friend who had spotted what he thought were the Jacobean statues (known locally as the ancient Britons) in an antique shop in London. We thought this rather far-fetched since, as far as we were aware, the statues were safely in the Old Hall where they had been since we were students in the 1960s.

In fact, almost as soon as the college had closed two years earlier, Imperial College had spirited the statues away and sold them. After considerable pressure, not least from a number of statutory bodies Imperial were loathed to offend, they were forced to buy back the statues and return them to the college.

In 2012 we were able to welcome the ancient Britons back to Wye with a special reception in the Latin School before six were returned to pride of place in the Old Hall and one maiden to the Heritage Centre.  Ultimately, it must be right that they all be re-instated on the newel post of the college’s Jacobean staircase, from whence they originally came.

Since its opening the Latin School has enabled us to stage a series of exhibitions, displays and events, putting to use the growing archive. We started in 2011 with an exhibition on the history of hop growing and the worldwide impact of Wye College’s hop department. Followed by an exhibition in 2013 on the life and work of Professor Louis Wain, internationally renowned agricultural chemist. And in 2014 we staged a major exhibition to commemorate the outbreak of the First World War and its impact on Wye.

We have also been able to use the garden of the Latin school to stage interactive events like ‘The Horrible History of our Kings and Queens’, poetry readings and our ever-popular Strawberry Tea fundraiser.

Our collections have grown continually, particularly as we became the natural home for the archives of other Wye organisations including the Church of St Gregory and St Martin, Wye Gardeners, Wye W.I. and Luckley House sheltered housing.

Having unceremoniously closed Wye College in 2009, Imperial became hopelessly bogged down in the whole planning process to redevelop the entire campus site, including having to deal with many local objections.

We did not know that during 2015 Imperial College were seeking a buyer of the campus, perhaps because of the planning impasse.

So it was that, on July 21st 2015 property developers, Telereal Trillium, announced that they had purchased the main campus from Imperial. This included all the College buildings in the centre of Wye, the buildings previously housing the Agricultural Development and Advisory Service on Olantigh Road, as well as the land and properties along Occupation Road (including Wye School)

As a result, Wye Heritage found itself with a new landlord. Thankfully, Telereal Trillium agreed to let us stay on, in the Latin School, without charge while they developed their plans for the future of the college buildings. We were able to enter into a constructive partnership that has lasted to this day and seen them involve us in the planning for a new Heritage Centre, as a part of their re-development plans.

The end of the beginning

By the beginning of 2015 membership of Wye Heritage had reached 250 people and donations for coffee and brownies on Saturday mornings had well exceeded their targets. Added to the sales of Wye Heritage merchandise, this has led to a healthy bank balance that we have maintained ever since, enabling us to forward plan with a solid financial base.

In May 2014 we had been presented with the Long Trophy by the Wye Parish Council which was awarded for ‘an organisation that has contributes most to the community’ in that year. A recognition of which we are very proud.

All should have been well. A vision fuelled by affection and anger had created a unique organisation serving the Wye of today and recording for posterity the Wye of the past. A growing archive, an active membership and a Heritage Centre that bursts into life when it opens alongside Wye’s Saturday farmer’s market.

But at that stage we could not know that the next five years would be a painful process of incessant and infuriating delays to the redevelopment of the Medieval and Edwardian college buildings. Delays that have frustrated one of our principle objectives, to create a modern, purpose-built Heritage Centre, study centre and archive store at the heart of the village and former college that it exists to honour.

But that, as they say, is another story, which we will leave for Part II, to be published in the spring.

Compiled by Francis and Lucy Huntington 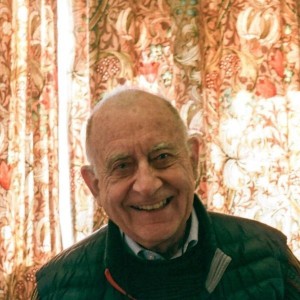