Welcome to our blog where we post regularly about our current displays and also about the history of Wye Heritage, Wye Village and Wye College. We welcome guest posts from our members and if you would like to contribute, please do get in touch.

Wye College and the RCCs – with an Introduction by Dr Alan Rogers Particularly in the 1970s and early 1980s a significant number of graduates of Wye College, University of London, were employed by Rural Community Councils. Job opportunities were expanding, not least because of the Community Initiative in the Countryside scheme which had been introduced in 1973 and which in particular encouraged the creation of Countryside/Field Officer posts in the RCCs. And the 1970s was also a time when rural issues were centre stage politically and in other ways – concerns about rural deprivation, the environmental effects of modern farming methods, important research from the universities and more.  So jobs in the RCCs, which in their own turn were revitalised with new younger staff appointments, were an attractive proposition for new graduates. Wye College had been established in 1893 and became part of the University of London in 1898.  It developed an international reputation for research and teaching in agriculture and horticulture and from the 1950s onwards broadened its activities on the social science side to take in such areas as outdoor recreation, rural employment and urban growth.  And from the early 1970s this began to include an involvement 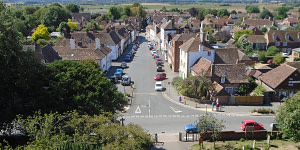 Part one: The first five years. Here we tell the story of the first five years of Wye Heritage, from the sadness and anger we felt at the closure of Wye College to the thrill and success of opening of the heritage centre. 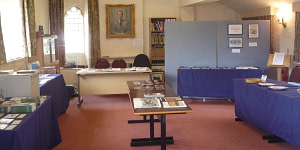 Social Distancing at the Heritage Centre

In March we regrettably had to temporarily close our doors owing to Coronavirus. We are able however to accommodate a small number of members by prior appointment with social distancing in place.